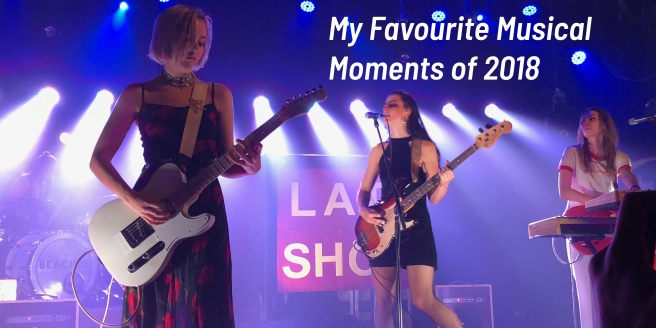 2018 was not normal. Like, what even was that? We were punked by the gods, perhaps? That’s about as comforting an explanation as I can come up with. And if that wasn’t the case, at least I was able to seek comfort, as I always do and always have, in music.

So this year, I thought I’d add something new to the year-end list biz. Usually, I’ll count down my top songs of the year, and I still plan on doing that, but first I want to count the music-related moments that swept me away from all the manic madness and wrapped me in big, healing musical hugs.

1. Taking my boys to their first concert: As I wrote about in my review, I think I felt more stress than satisfaction at the Foo Fighters show in July. But my typically stoic eyeballs got a little moist and my lips got a little quivery as I shared something – the rock and roll concert experience – with my 10-year-old boys that has given me such joy throughout my life.

What do two lovably neurotic 10-year-olds have to say at their first concert? Can their dad hold back the tears of pride? Check out my review of @foofighters @thebeaches @TheStruts. 🎸https://t.co/09HiEOGbc9

2. The reaction to my Foos review: Just keeping it real: this blog is not a massive success story. It hasn’t been embraced by millions… or thousands… or even hundreds. Not usually, anyway. But thanks to a simple “like” by @FooFighters on Twitter, and another by @thebeaches, exponentially more people than ever checked out my review of that Foos show than checked out any other post ever on this blog. People read it, people seemed to enjoy it, and people responded and shared their stories of taking their kids to their first rock show, which was touching. So thanks to whoever runs that Foos account, whose simple click of a heart helped me feel some love from around the world. And a big thanks to Leandra Earl, guitar and keyboard wizard for The Beaches, who I believe usually handles their social media, for her like and sweet words.

3. Catching up with Dear Rouge: I’ve written a lot about my “friendship,” with Dear Rouge, and I was thrilled to be able foster it a little bit more on a snowy day in April, out in Kitchener. After their opening slot for Lights, they came out and spoke with fans, liberally handing out hugs and signed posters. It’s just cool to know that these people who I admire so much for their music are also super cool people who know who I am and respect my work here on the blog – who “see me,” as singer Danielle McTaggart might say. 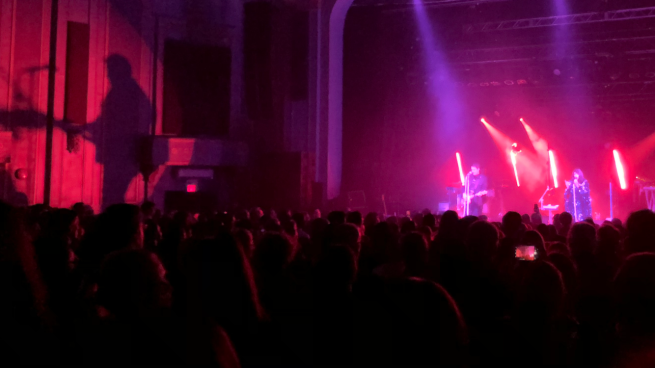 4. Dear Rouge’s live performance of “The Clearing”: This is a song that’s great on their sophomore album, which was released this year, but I wouldn’t have listed it as one of my three or four favourites on it. Yet somehow, for me, it was the standout moment of their show in Toronto in October. I alluded in #3 to Danielle talking about being seen, and it was in her moving intro to this song that she talked about that, about wanting to be seen. I found it extremely relatable and it really coloured my experience of the song – and inspired the theme of my review of the show.

5. The Beaches’ live performance of “Highway 6”: While Dear Rouge’s slow-tempo track “The Clearing” was an unexpected standout at their show, The Beaches’ slow-tempo jam “Highway 6” was one I was really looking forward to before their homecoming show in Toronto in May. And they didn’t disappoint. It was a stunner. Singer/ bassist Jordan Miller’s vocals soared just as much as I hoped they would.

6. The Beaches’ Avril Lavigne singalong: The Beaches are well-documented Avril Lavigne fans. So before the ladies even hit the stage in that homecoming show, they touched the hearts of many fans by blasting a couple of Avril classics over the PA system, launching a massive crowd singalong. (You can actually see me about four seconds into the Instagram video above, not singing but still enjoying the moment.) 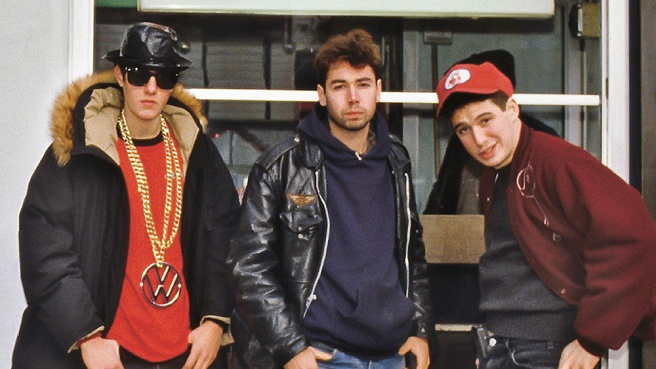 7. Beastie Boys Book (audiobook version): This audiobook is so much fun. Sure, I love the Beastie Boys, but it’s fun to listen to just as a pop culture junkie. It’s read in turn by the living Beasties, Michael Diamond (even if it endearingly sounds like he’s reading his own words for the first time) and Adam Horovitz, with guest readings by the likes of LL Cool J, Will Ferrell, Jarvis Cocker, Chuck D, Kim Gordon, Bette Midler, Jon Stewart, and tons of other familiar voices. It’s fascinating to listen to the story of their rise from teenage hardcore punk band to respected rap artists, but it’s also touching to hear how much they loved and miss the late Adam Yauch, and their tales of what a unique and inspiring character he was. 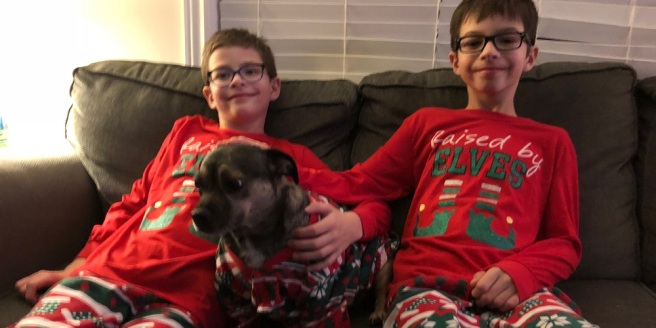 8. My boys melting my Grinchy heart: Way back in the early days of this blog, I wrote about how I’ve been less excited about Christmas in recent years, just because it can be a stressful time of year when you’re an adult. I used to be psyched for Christmas and started obsessively listening to my carefully curated collection of Christmas music on December 1, but lately I haven’t felt ready until like a week before Christmas. My boys, on the other hand, are more like the old me. They demand the radio stations playing Christmas music 24 hours a day be played in the car as soon as they start playing it, which seems like some time in November. So I do. And the music is so much fun that maybe, just maybe, my heart grows three sizes, just like the Grinch’s.

9. My mini-me’s: Catching my boys listening to music also makes my heart grow a few sizes. I recall witnessing Liam picking up on my obsession with The Beaches, catching him listening to “Money” on his iPod. And just yesterday, after I put together their new desks they got for Christmas and set up their new Bluetooth stereos they also got for Christmas, there was Ethan sitting at his desk, reading a book and listening to Imagine Dragons – which is a very me thing to do (minus the Imagine Dragons, but including the reading/listening-to-music combo).

10. Disney magic: Maybe this seems a little off brand for a blog mostly about the rock, pop, R&B and blues music I love. But it’s also on brand because this blog is about the real me, and the real me loves Walt Disney World and totally buys in to it being the most magical place on Earth. So one of my favourite music-related memories of the year was standing on Main Street U.S.A. on our last night at Disney World, watching the mesmerizingly magical fireworks and explanation-defying animated castle, all choreographed to the happiness-oozing sounds of music from Disney films.