A dark force arose. It was white, and it was cold and it was an all-around pain in the ass. Indeed, a sudden, deep freeze overtook the land. But a hero arose from the frost and slush: an unassuming droid they called SV-PO. Gold-fingered and honey-voiced, he unleashed his lap steel guitar and spread molten blues over the frigid souls, and he warmed them. SV-PO brought soothing heart and soul to them and he was hailed a hero.

Yes, this is a concert review and not some Star Wars musical. But the Star Wars geek in me had to seize on the perfect reference in tonight’s album launch party for Wide Mouth Mason’s blues-drenched I Wanna Go With You at The Dakota Tavern in Toronto. Singer/guitarist Shaun Verreault referred to himself as C-3PO thanks to the three golden finger slides he wears on his left hand when he ferociously attacks his lap steel. A clever fan shouted out, “SV-PO,” which our soul droid seemed to love.

Damn, did he burn that thing up. Or things, as his fingers tore up two different lap steels and the sweet Gibson Nighthawk he’s used for years. The steels are relatively new to his repertoire, but man has he mastered them.

The primary set featured most, if not all, of the new album, which primarily features the lap steels, so Verreault was sitting most of the show. But his chair could barely contain his raw energy. His musicianship on all those strings is staggering and explosive, but I’ve always felt the same could be said of his soulful voice.

They’ve always been one of my favourite live bands because of his masterful one-two punch, along with the raw energy of he and drummer Safwan Javed. Their cover of Michael Jackson’s “Billie Jean” at Lee’s Palace in the late ‘90s was unforgettable, not to mention every time they jam through their first album classic, “Mary Mary.”

Speaking of classics from “a long time ago in a music industry far, far away,” after the main set of new songs, which featured a bluesy cover of David Bowie’s “Modern Love,” Wide Mouth Mason treated us to a two-song encore of former MuchMusic staples, “Smile” and “Why.”

It was almost 10 years since the last time I saw them, an eagerly anticipated wait not unlike the 10 years between Revenge of the Sith and The Force Awakens. Yes, it’s possible to be equal parts Star Wars nerd and music nerd, and it was well worth the wait on both counts. 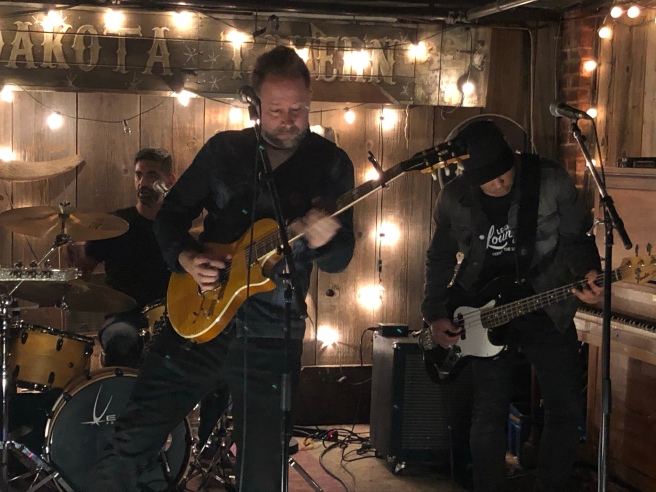